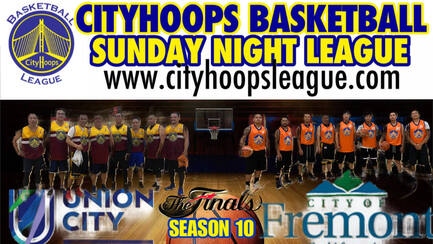 ​          “The Finals S10”
Our Season 10 Finals is less than 24 hours Fremont and Union City will about to face again for the 2nd-time stint for CHL-Sun! (Season 5 Union City Champs over Fremont (9-1 record S5) a controversy or hidden call which led to unfinished business) will have a chance to rematch after five (5) seasons.

What a way to have Fremont vs Union City this CHL-Sun Season 10 as these two teams deserve the final stage and showcase their last game of the season which is the Championship.

After a terrific regular season for both teams finally, they’ll be stepping in our CHL-Sun Season 10 finals once again.

Whether we like it or not they are going there.

Coach Rhoneil of Fremont will be making his 2nd debut in CHL-Finals and this time we couldn’t deny that he's in for final mission and will get a chance to conquer its first title again for Cityhoops.

As most players and other coaches intuition, Fremont has to go all the way with all Coach Rhoniel team roster.

Having it’s all young assets to assert double triple offensive scorings truly this is Fremont's chance to grab a crown.

Notable scorers for Fremont Russel “quick-strike” Quiban, Ryan “Skillet” Pareño, and The tower combination of Jason “Big K” Kawazoe and Billy “Batang Makati” Pascual will be the main pillars of this Championship game.

Also don’t miss out on the orthodox and sniper scorers Edward Velasco and Mark Pareño who could be a potential threat at any given plays for Fremont. And Dennis Gordo "Fremont defensive tackle" might be the key to stop the Union City's quarterback.

For Union City! This team is just a stellar with playing its first time for Cityhoops League and stabilize their #1 seed standing during the regular season.

A team that plays a good style and a good basketball attitude. It is just one of the Cityhoops attributes, traits, and sportsmanship that the league is looking for.

This Union City team is an exemplar and extraordinary aside from their shootings sprees (3s) this team plays with heart and connection to each teammate and could be a “myth breaker” for “Cityhoops Curse” of being a top seed to go all the way!

Coach Rod Obligacion and Dindo know their strength and how to finish a win.

Union City big key is having a Jerry “D Quarterback” Tanaka who orchestrate big-time plays for his crew.

Plus adding two big guys duo Huy Tran and Adolf who can basically be on point scorers both shaded lane and the perimeter is a deadly combination. And you have the “R&R “Ray and Randy who are just waiting for the kill shot of threes (3s) that could knock out at any sweet spots. Don't count out Alberto  "The Silent Sniper" of UC who can also knock out 3s and deadly from perimeter.

This Sunday CHL-S10 final is much awaited by our teams, players and spectators.

In Addition, we are also having an All-Star game in which good matchups were designed.

Team Mario against Team Oliver who will prevail and make a winning statement.

By Odds Team Mario is under and Team Oliver is up! Can’t wait to see this game and see who will rise up for CHL-Sun All-Star S10.

Cityhoops is soon moving to Season 11 We truly appreciate all the teams, players, and spectators who keep supporting our friendly environment league.

We always try to give the best available quality league every game. As we are so committed to pursuing excellence for everyone. 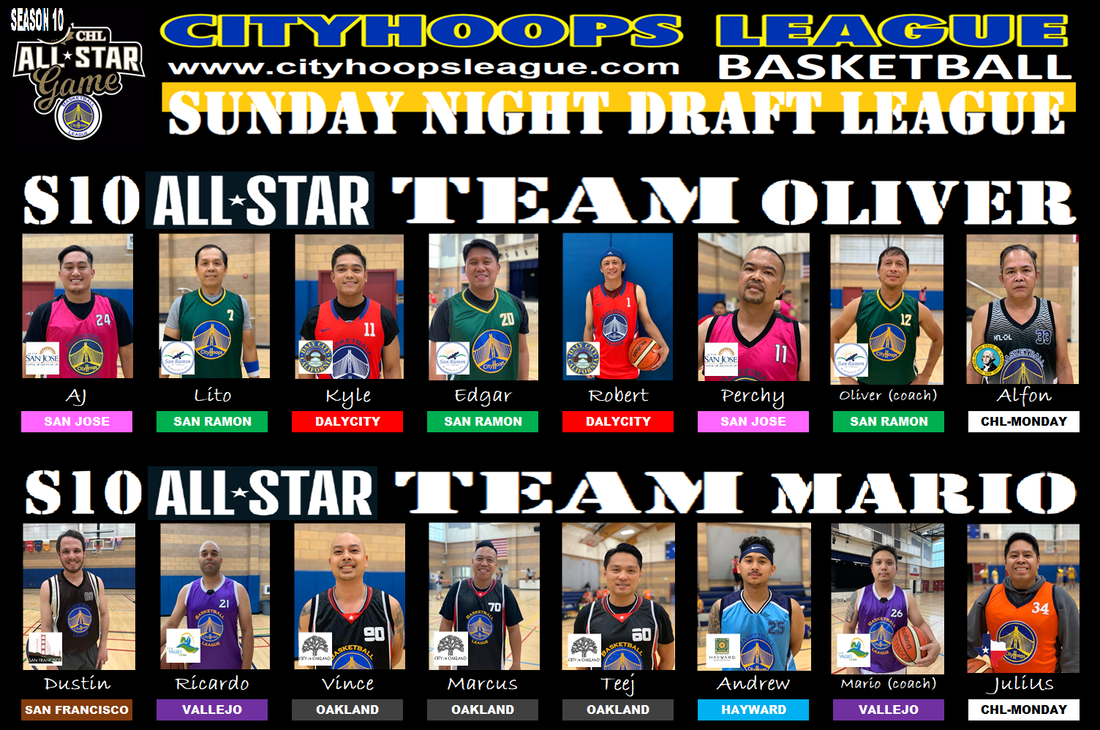